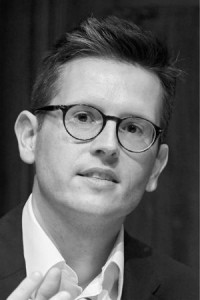 I am a Professor of Political Sociology at Freie Universität Berlin and Vice Director of the Center for Civil Society Research, a joint initiative of Freie Universität and the Berlin Social Science Center WZB.

What I find exciting about this research initiative

Public debates suggest that more polarization implies less social cohesion. However, a closer look at civil society and citizens’ engagement indicates how strongly these two dynamics are intertwined. We should not too hastily interpret indications pointing in one direction or the other. In our initiative, we want to understand better what kind of interactions in civil society might trigger such ambivalent dynamics, ranging from interactions in small group encounters via issue-specific networks of activists and bystanders to broader public discourses. Such an ambition calls for a genuinely inter- and transdisciplinary approach that connects different levels of analysis and brings together academics and partners from civil society and politics.

What my discipline can contribute to this research initiative

Political sociology shows how the basis of European politics is currently in flux due to the rise of new structuring conflicts that crosscut and, in part, accentuate traditional social and political divides. This process has not only brought new issues to the forefront of political conflict (especially immigration and European integration), but it has also fundamentally affected the landscapes and dynamics of political mobilization in Europe.